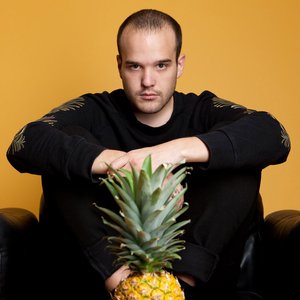 Max Hammel is a self taught director, cinematographer and has a master's degree in screenwriting. In 2016 he created the record label "infamous records", featuring artists from Berlin, Paris and Vienna. His own video production company "infamous pictures" counts more than 250 national and international commercial and video clip projects he directed / produced / filmed between 2010 and 2020

Max is best known for the visual universe he created around the music of TURBOBIER, LEMUR, MARTEN MCFLY and the political party BIERPARTEI - a disruptive project gone viral in summer 2019.

In addition to advertisment productions for T-Mobile, Drei, McDonalds, WKW, EVN, Aldi Swiss, Yamaha, Spar Austria and Felix Austria, his artistic works are particularly important to him. His short film l’Oasis celebrated it's premiere at Diagonale in 2019. Besides that, Hammels work inkludes video art and live camera for the Volkstheater and Burgtheater Wien. From next season on, Hammel will be head of the video department at Volkstheater in Vienna. 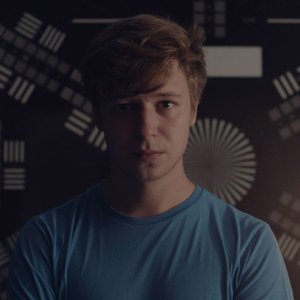 Besides working as a camera man on bigger corporate videos and editing TV documentaries, Georg always was a passionate musician. He was the one kid with long hair already writing songs and playing concerts when he was a teenager. Together with Valentin he created the rock band Old Mrs. Bates, which is his current creative outlet.

One of Georgs first band projects was called "infamous" as well. It consisted of two men (himself and his friend and the former infamous records member Jason) spending their sparetime touring on the streets of nothern europe at that time with a branded VW and 2 guitars .
Naming our art group after his band first was a provisional solution, because we just had no better idea. Later on we sticked to it, because we had the impression that it fits.

Especially in Austria people often tend to believe the word "infamous" is the opposite of "famous". People contact us on a quite regular basis when they find out it doesn't. "Hey, did you know that infamous actually means ..."

Georg and Max met on the shooting of the shortfilm Blackstory, where Max worked as a PA (which is actually driving actors from A to B, preparing food and drying up the street with paper towels several times after it rained). They met Stefanie there as well. Max only talked to Georg, because he looked exactly like a friend from highschool. As he was new in town and didn't have any friends yet, Max directly asked Georg if he wants to join him for a video project.
Georg responded "Let's party first. If we get along well, we may work on a video together.".

When infamous started about half a year later we were six people. But four left the group very early. Instead of looking for replacements, Georg and Max decided to stay just the two of them, because they thought that things might start off easier like this.

And then Schorsch met Felix - a highly organised and easygoing talent, who joined us for every project possible later on, naturally becoming a part of our family.